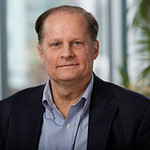 Eugene Williams is a former SVP at Genzyme, with senior roles integrating commercialization, drug development, and deal making. He is also an entrepreneur, as the founder and director of Adheris, which became the largest company in the patient adherence area. He was previously a strategy consultant at Bain and Corporate Decisions Inc. (a Bain Spin off, now part of Oliver Wyman), where he was co-Head of Healthcare and spent extensive time on speeding and improving the drug development process and on commercialization strategies. Mr. Williams was most recently the CEO of Dart Therapeutics, an Orphan Disease drug development company. Mr. Williams holds a BA from Harvard University and an MBA from Harvard Business School. 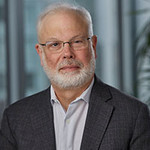 Dr. Cashman is a physician and scientist focused on neurodegenerative diseases. His first academic posting was at Montreal Neurological Institute and Hospital of McGill University. From 1998 to 2005, he was the Diener Professor of Neurodegenerative Diseases at the University of Toronto. In 2005, Professor Cashman moved to the University of British Columbia, where he holds the Canada Research Chair in Neurodegeneration and Protein Misfolding Diseases and serves as the Director of the UBC ALS Centre. He has procured over $50 million in research grant funding from the CIHR, CRC, NCE, NIH, and various corporations for his work involving protein misfolding and prion technologies. He was awarded the Jonas Salk Prize for biomedical research in 2000 and was elected a Fellow of the Canadian Academy of Health Sciences in 2008. He is recognized worldwide as one of the leading research scientists pioneering the emerging fields of prion biology and protein misfolding diseases, in particular Alzheimer’s disease and amyotrophic lateral sclerosis (ALS). 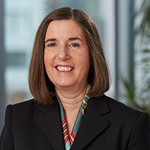 Johanne Kaplan is a former VP of Research at Sanofi Genzyme. Over the course of her 23-year career at Genzyme, Dr. Kaplan directed pioneering research leading to the implementation of multiple clinical trials in the fields of gene therapy, cancer immunotherapy and autoimmunity. Most recently, as VP of Neuroimmunology Research, Dr. Kaplan led the contribution of the Genzyme science team supporting the approval of Lemtrada (alemtuzumab) and Aubagio (teriflunomide) for the treatment of relapsing-remitting multiple sclerosis. She also established partnerships for the development of novel therapies for neuroinflammatory disorders. Prior to joining Genzyme, Dr. Kaplan was an Associate Immunopathologist at SmithKline Beecham where she established an Immunotoxicology program. Her work has resulted in over 70 scientific publications and multiple patents. Dr. Kaplan holds a PhD in Microbiology & Immunology from McGill University in Montreal, Canada and conducted post-doctoral studies at the Albert Einstein College of Medicine in New York, USA. 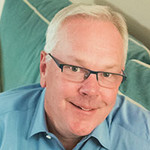 Daniel Geffken is a Founding Managing Director of Danforth Advisors, LLC, a consulting firm providing finance, operations and strategic support to life science companies. He brings more than 30 years of experience in the life science industry to his work with ProMIS, ranging from start-ups to publicly traded companies with $1 billion+ market capitalizations. He previously served as COO or CFO of four publicly traded and several privately held life science companies, in addition to his consulting clients. Daniel has been chief financial officer of Homology, Inc., Transkaryotic Therapies, Inc., Cidara, Inc., Cabaletta Bio, Inc., Apellis, Inc. and Stealth BioTherapeutics, Inc. He has raised more than $1 billion in equity and debt securities for life science companies. Daniel holds a BS from The Wharton School, University of Pennsylvania, and MBA from Harvard Business School. 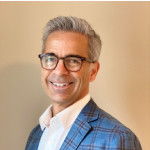 Gavin joins ProMIS Neuroscience bringing more than 30 years of biopharmaceutical industry experience to this position. Prior to ProMIS Neurosciences, Gavin operated his own consulting business for series A companies to develop strategies and drive execution resulting in successful IPO’s.  Before consulting, Gavin was head of operations for Sarepta where he led the integration of functions in support of approval and commercial launch of EXONDYS 51.  All these experiences are backed by nearly twenty-years with Genzyme, leading the rare disease program management organization and head of operations for research and development, culminating in the successful U.S. and E.U approvals and launches of Aldurazyme®, Myozyme® and Cerdelga. 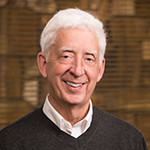 Larry Altstiel, M.D., Ph.D. brings decades of medical expertise in neurodegenerative diseases and experience in the pharmaceutical industry. At Pfizer, as vice president and head of neuroscience clinical research, Larry led the selection of drug candidates, development and oversight of multiple preclinical studies and clinical studies from Phase 1 through Phase 3. He is currently part time Chief Medical Officer at Pinteon Therapeutics. He received his Ph.D. in cell biology, virology, and physical chemistry from The Rockefeller University, completed a postdoctoral fellowship in cell biology at Harvard University and received an M.D. from the University of Miami Leonard M. Miller School of Medicine. He also completed a residency in Neurology at the Neurological Institute of New York, Columbia University College of Physicians and Surgeons. 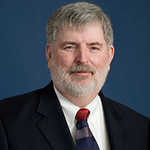 Dr. Bush has 35 years of experience working in the field of biomedical R&D, driving development of innovative therapies for treatment of human diseases. He has served as a consultant in non-clinical development providing advice and insight into IND enabling programs, pre-clinical data-set analysis for due diligence and prioritization of investment decisions, and evaluation and audits of GLP bioanalytical and toxicology facilities and studies. In recent years, Dr. Bush has served as Chief Scientific Officer at Akashi Therapeutics, Inc., providing expertise to the development of drugs in Duchenne Muscular Dystrophy. In previous positions, Dr. Bush worked as Senior Research Director and Head of Non-Clinical Drug Safety at Hoffmann-La Roche, Inc. where among other duties he led the assembly and review of preclinical data packages for all potential in-licensing and acquisition drug candidates and companies. He has utilized this experience to help small pharmaceutical companies and non-profit patient advocacy organizations plan and execute strategies to move them forward expeditiously and cost-effectively. Dr. Bush received his PhD in Medicinal Chemistry from the University of Washington, and an MS in Chemistry and a BA in General Sciences from the University of Oregon. 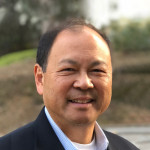 Dennis has over 25 years of prior pharmaceutical experience in working with companies from virtual to global and all phases from preclinical to post-approval. Prior to taking on his expert consultant role, Dennis was Director of Regulatory Affairs CMC at Intarcia Therapeutics and prior to that was Director of Process Development & Manufacturing at the Geron Corporation.

Dr. Grundman previously served as Vice President of Clinical Development at Janssen Alzheimer Immunotherapy, LLC and Elan Pharmaceuticals, Inc. Prior to joining the pharmaceutical industry, Dr. Grundman was Associate Director of the Alzheimer’s Disease Cooperative Study (ADCS) at the University of California, San Diego (UCSD) and is currently an Adjunct Professor of Neurosciences at UCSD. He received his BA from New York University with Honors in Biochemistry. He obtained an MD and Neurology training at the Albert Einstein College of Medicine and a Master of Public Health degree from Columbia University. Dr. Grundman previously served on the FDA Peripheral and Central Nervous System Advisory Committee and is an inventor on a number of patents related to Alzheimer’s disease therapy. He lectures frequently at national and international scientific meetings and has published over 60 articles related to Alzheimer’s disease and dementia.

Dr. David Wishart is a Distinguished University Professor in the Departments of Biological Sciences and Computing Science at the University of Alberta. He also holds adjunct appointments with the Faculty of Pharmaceutical Sciences and with the Department of Pathology and Laboratory Medicine. He has been with the University of Alberta since 1995. Dr. Wishart has been studying protein folding and misfolding for more than 30 years using a combination of computational and experimental approaches. These experimental approaches include NMR spectroscopy, circular dichroism, fluorescence spectroscopy, electron microscopy, protein engineering and molecular biology. The computational methods include molecular dynamics, agent-based modeling, bioinformatics and machine learning. Over the course of his career, Dr. Wishart has published more than 430 scientific papers covering many areas of protein science including structural biology, protein metabolism and computational biochemistry. These papers have been cited more than 78,000 times. Dr. Wishart has been awarded research grants totaling more than $130 million from a number of funding agencies including CIHR, NSERC, NIH, Genome Canada, CFI, NRC, APRI, PrioNET, PENCE and Compute Canada. Dr. Wishart has also led or directed a number of core facilities and centres including the Canadian Bioinformatics Help Desk, the PENCE bioinformatics core facility, the NRC Nano Life Sciences Division, the PrioNet Prion Protein and Plasmid Production Facility, and the Pan-Alberta Metabolomics Platform (PANAMP). Dr. Wishart currently co-directs The Metabolomics Innovation Centre (TMIC), Canada’s national metabolomics laboratory. Dr. Wishart held the Bristol-Myers Squibb Research Chair in Pharmaceutical Sciences from 1995-2005, received the Astra-Zeneca-CFPS Young Investigator Prize in 2001, was awarded a Lifetime Honorary Fellowship by the Metabolomics Society in 2014 and elected as a Fellow of the Royal Society of Canada in 2017. Dr. Wishart has been identified as one of the world’s most highly cited scientists for each of the past 7 years.