TORONTO and CAMBRIDGE, Mass., May 12, 2021 (GLOBE NEWSWIRE) -- ProMIS Neurosciences, Inc. (TSX: PMN); (OTCQB: ARFXF), a biotechnology company focused on the discovery and development of antibody therapeutics selectively targeting toxic oligomers implicated in the development of neurodegenerative diseases, today announced the appointment of Rudolph Tanzi, Ph.D, as Chair of the Company’s scientific advisory board (SAB). Dr. Tanzi is the Joseph P. and Rose F. Kennedy Professor of Neurology at Harvard University and Vice-Chair of Neurology, Director of the Genetics and Aging Research Unit, and Co-Director of the Henry and Allison McCance Center for Brain Health at Massachusetts General Hospital.

“Dr. Rudy Tanzi has been a valuable member of our scientific advisory board for years, and we are thrilled that he has agreed to accept the Chairman’s role as we work to expand our portfolio of potential best in class products,” stated Eugene Williams, ProMIS Executive Chairman. “As an expert neuroscientist in the field of neurodegenerative disorders, with over three decades of outstanding research accomplishments in Alzheimer’s, ALS, and other diseases, Dr. Tanzi can help us fully develop the potential of our portfolio, capitalizing on the recent strong financial support from a Boston-based group of investors.”

Commenting on the appointment, Dr. Tanzi stated: “I am delighted to take on this new role with the ProMIS SAB. I have been impressed with the progress of the scientific portfolio, based on ProMIS’ unique technology platform, that continues to create potential antibody therapies highly selective for the toxic forms of proteins. I look forward to advising ProMIS Neurosciences as the Company progresses its innovative programs into the clinic, including PMN310 in Alzheimer’s disease.”

Dr. Rudolph Tanzi is a neuroscientist and geneticist with scientific expertise in Alzheimer’s disease (AD) and brain health. He is one of the world’s leading scientists in research aimed at preventing and treating Alzheimer’s disease. His research studies and books have also focused on preserving and promoting brain health. In his research achievements, Dr. Tanzi served on the team that was the first to find a disease gene (Huntington’s disease) using human genetic markers, helping to launch the field of neurogenetics. Dr. Tanzi went on to identify all three early-onset familial AD genes: the amyloid precursor protein and presenilins 1 and 2. As leader of the Cure Alzheimer’s Fund Alzheimer’s Genome Project, he has identified several other AD-related genes, including the first shown to causing neuroinflammation in AD (CD33). Dr. Tanzi also uncovered the Wilson’s disease gene and several other neurological disease-related genes.

Dr. Tanzi and his team have used AD genes and human stem cells to create “Alzheimer’s-in-a-Dish” - a three-dimensional human stem cell-derived neural culture system that was the first to recapitulate both pathological hallmarks of AD: plaques and tangles. This model has made drug screening for AD considerably faster and more efficient. Using this system, Dr. Tanzi has developed several promising therapeutic candidates for AD including gamma secretase modulators aimed at beta-amyloid pathology. Most recently, Dr. Tanzi and his team have discovered that beta-amyloid may play a role in the innate immune system of the brain operating as an anti-microbial peptide, suggesting a possible role for infection in the etiology and pathogenesis of AD.

Dr. Tanzi has published over 600 research papers and has received the highest awards in his field, including the Metropolitan Life Foundation Award, Potamkin Prize, Ronald Reagan Award, Silver Innovator Award, and the Smithsonian American Ingenuity Award, the top national award for invention and innovation. He serves on dozens of editorial boards and scientific advisory boards and was named to TIME magazine’s list of TIME100 Most Influential People in the World. He also co-authored the books Decoding Darkness, and the three international bestsellers, Super Brain, Super Genes, and The Healing Self. Dr. Tanzi is also a musician who professionally records and performs (keyboards), most recently with Joe Perry and Aerosmith.

About the ProMIS Scientific Advisory Board
The ProMIS SAB brings together a multidisciplinary group of specialists in Alzheimer's disease and neurodegenerative disease along with experts in neurotoxic, prion-like misfolded proteins. In addition to Dr. Tanzi, the current members of the Company’s SAB include:

About ProMIS Neurosciences, Inc.
ProMIS Neurosciences, Inc. is a development stage biotechnology company focused on discovering and developing antibody therapeutics selectively targeting toxic oligomers implicated in the development and progression of neurodegenerative diseases, in particular Alzheimer’s disease (AD), amyotrophic lateral sclerosis (ALS) and Parkinson’s disease (PD). The Company’s proprietary target discovery engine is based on the use of two complementary techniques. The Company applies its thermodynamic, computational discovery platform -ProMIS™ and Collective Coordinates - to predict novel targets known as Disease Specific Epitopes on the molecular surface of misfolded proteins. Using this unique approach, the Company is developing novel antibody therapeutics for AD, ALS and PD. ProMIS is headquartered in Toronto, Ontario, with offices in Cambridge, Massachusetts. ProMIS is listed on the Toronto Stock Exchange under the symbol PMN, and on the OTCQB Venture Market under the symbol ARFXF.

For further information about ProMIS Neurosciences, please consult the Company’s website at: www.promisneurosciences.com 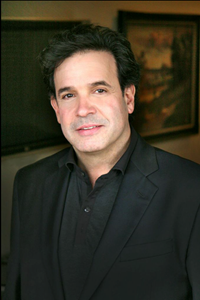